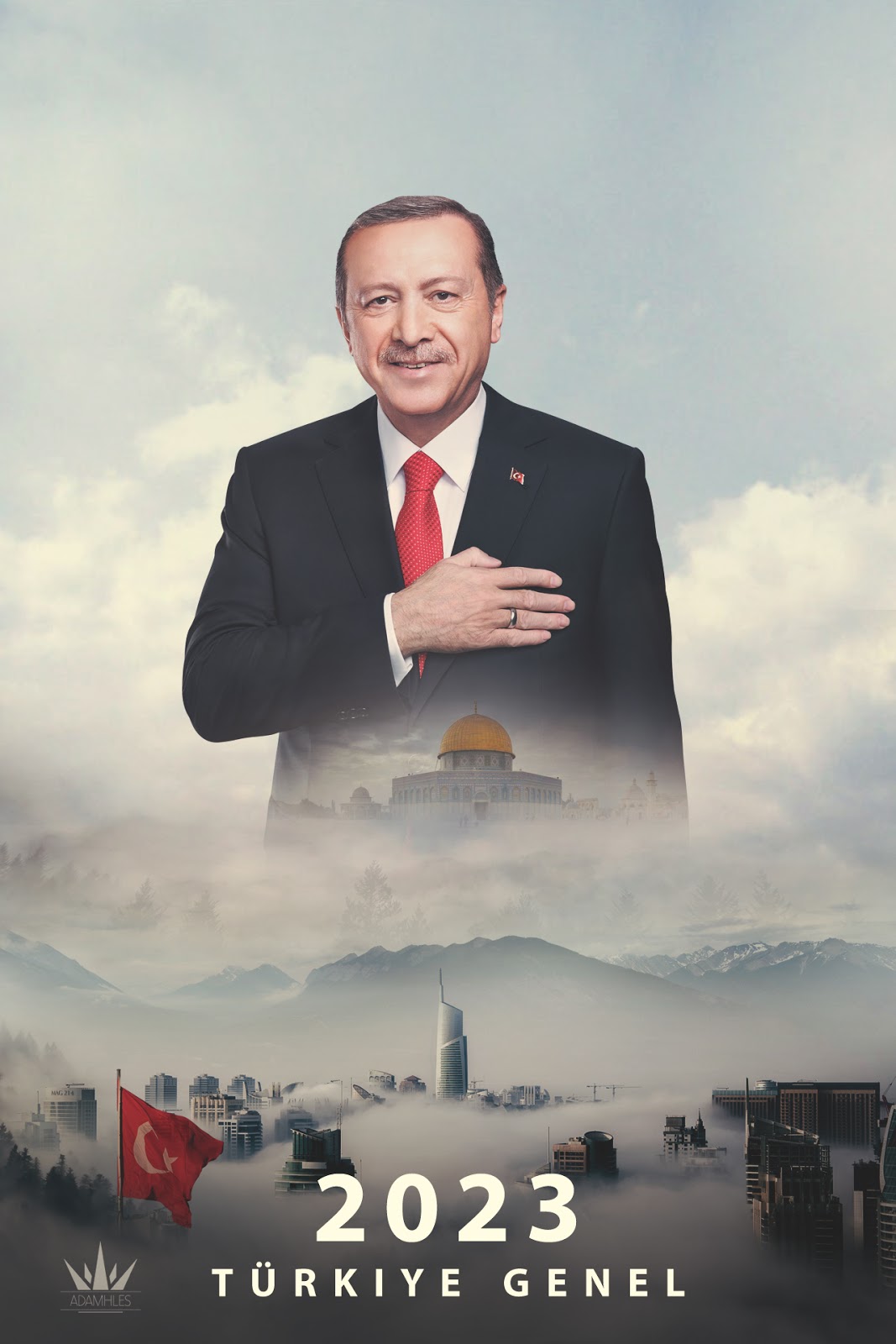 Early Life And Political Career
In high school Erdoğan became known as a fiery orator in the cause of political Islam. He later played on a professional football (soccer) team and attended Marmara University. During this time he met Necmettin Erbakan, a veteran Islamist politician, and Erdoğan became active in parties led by Erbakan, despite a ban in Turkey on religiously based political parties. In 1994 Erdoğan was elected mayor of Istanbul on the ticket of the Welfare Party. The election of the first-ever Islamist to the mayoralty shook the secularist establishment, but Erdoğan proved to be a competent and canny manager. He yielded to protests against the building of a mosque in the city’s central square but banned the sale of alcoholic beverages in city-owned cafés. In 1998 he was convicted for inciting religious hatred after reciting a poem that compared mosques to barracks, minarets to bayonets, and the faithful to an army. Sentenced to 10 months in prison, Erdoğan resigned as mayor.

After serving four months of his sentence, Erdoğan was released from prison in 1999, and he reentered politics. When Erbakan’s Virtue Party was banned in 2001, Erdoğan broke with Erbakan and helped form the Justice and Development Party (Adalet ve Kalkınma Partisi; AKP). His party won the parliamentary elections in 2002, but Erdoğan was legally barred from serving in parliament or as prime minister because of his 1998 conviction. A constitutional amendment in December 2002, however, effectively removed Erdoğan’s disqualification. On March 9, 2003, he won a by-election and days later was asked by President Ahmet Necdet Sezer to form a new government. Erdoğan took office on May 14, 2003.

As prime minister, Erdoğan toured the United States and Europe in order to dispel any fears that he held anti-Western biases and to advance Turkey’s bid to join the European Union. Although the previous government had refused to allow U.S. troops to be stationed in Turkey during the Iraq War, in October 2003 Erdoğan secured approval for the dispatch of Turkish troops to help keep the peace in Iraq; Iraqi opposition to the plan, however, prevented such a deployment. In 2004 he sought to resolve the issue of Cyprus, which had been partitioned into Greek and Turkish sectors since a 1974 civil war. Erdoğan supported a United Nations plan for the reunification of the island; in April 2004, Turkish Cypriots approved the referendum, but their Greek counterparts rejected it. Tensions between Turkey’s secularist parties and Erdoğan’s AKP were highlighted in 2007, when attempts to elect an AKP candidate with Islamist roots to the country’s presidency were blocked in parliament by an opposition boycott. Erdoğan called for early parliamentary elections, and his party won a decisive victory at the polls in July.

In early 2008 parliament passed an amendment that lifted a ban on the wearing of head scarves—a sign of religion long contested in Turkey—on university campuses. Opponents of the AKP renewed their charges that the party posed a threat to Turkish secular order, and Erdoğan’s position appeared to come under increasing threat. In March the constitutional court voted to hear a case that called for the dismantling of the AKP and banning Erdoğan and dozens of other party members from political life for five years. Erdoğan successfully maintained his position, however, when in July 2008 the court ruled narrowly against the party’s closure and sharply reduced its state funding instead. In September 2010 a package of constitutional amendments championed by Erdoğan was approved by a national referendum. The package included measures to make the military more accountable to civilian courts and to increase the legislature’s power to appoint judges.

While campaigning for parliamentary elections in early 2011, Erdoğan pledged to replace Turkey’s constitution with a new one that would strengthen democratic freedoms. In June 2011 Erdoğan secured a third term as prime minister when the AKP won by a wide margin in parliamentary elections. However, the AKP fell short of the two-thirds majority needed to unilaterally write a new constitution.

In the summer of 2013 Erdoğan faced an outpouring of public discontent after Istanbul police violently broke up a small protest against the planned conversion of a public park into a shopping complex. The incident triggered larger demonstrations around the country decrying what protesters described as the growing authoritarianism of Erdoğan and the AKP. Erdoğan responded defiantly, dismissing the protesters as thugs and vandals.

Barred by AKP rules from seeking a fourth term as prime minister, Erdoğan instead ran for the largely ceremonial role of president in 2014. In accordance with the constitutional amendments of 2007, the 2014 election was the first time that the president was elected directly, rather than by the parliament. Erdoğan won easily in the first round of voting and was inaugurated on August 28, 2014. Immediately upon taking office, Erdoğan began to call for a new constitution following parliamentary elections in 2015; it was widely believed that he would seek to expand the powers of the presidency. In June 2015 the AKP failed to win a parliamentary majority for the first time since its formation, receiving just 41 percent of the vote. The result was generally seen as a blow to Erdoğan’s plans for an expanded presidency, but the reversal proved to be a brief one: in November 2015 the AKP easily won back its parliamentary majority in a snap election triggered by the failure of negotiations to form a governing coalition after the June election.

In summer of 2016 Erdoğan survived a violent coup attempt. On the night of July 15, a small number of military personnel occupied streets in Ankara and Istanbul and seized facilities, including television stations and bridges. The coup plotters accused Erdoğan and the AKP of undermining democracy and damaging the rule of law in Turkey. Erdoğan, who had been vacationing on the Aegean coast, rushed back to Istanbul, using social media to mobilize his supporters. The coup plotters were soon overpowered by loyal military units and civilians, and the government quickly regained control. Nearly 300 people, mostly civilians, were killed in confrontations during the coup. Over the weeks that followed, the government carried out a massive purge, removing tens of thousands of soldiers, police officers, teachers, and civil servants from their jobs and imprisoning others for their alleged sympathies with the coup.

Second term and expansion of powers
Erdoğan’s desire for the expansion of presidential powers came to fruition in April 2017. Sweeping changes to the constitution that would abolish the post of prime minister and empower the president as the executive head of government were put to a referendum and passed by a narrow majority. The changes were set to be implemented after the next election cycle, initially planned for November 2019. Early elections were called, however, and on June 24, 2018, Erdoğan won a majority of the vote for the office of president. Upon being inaugurated on July 9, he assumed the expanded presidential powers.

Erdoğan’s economic policies in the coming months, combined with U.S. tariffs levied against Turkish steel and aluminum exports, led Turkey into recession. By mid-August the lira had lost a quarter of its value, and the slowdown in economic growth continued into 2019. Soaring prices on basic goods, which Erdoğan blamed on a foreign conspiracy, became a central issue in municipal elections held in March. For the first time since the AKP gained ascendancy in 2004, election results showed that the party had lost its hold on five major cities, including Ankara and Istanbul, dealing a major blow to Erdoğan’s national agenda.
Post a Comment
Share
Labels#designs
Newer
Older