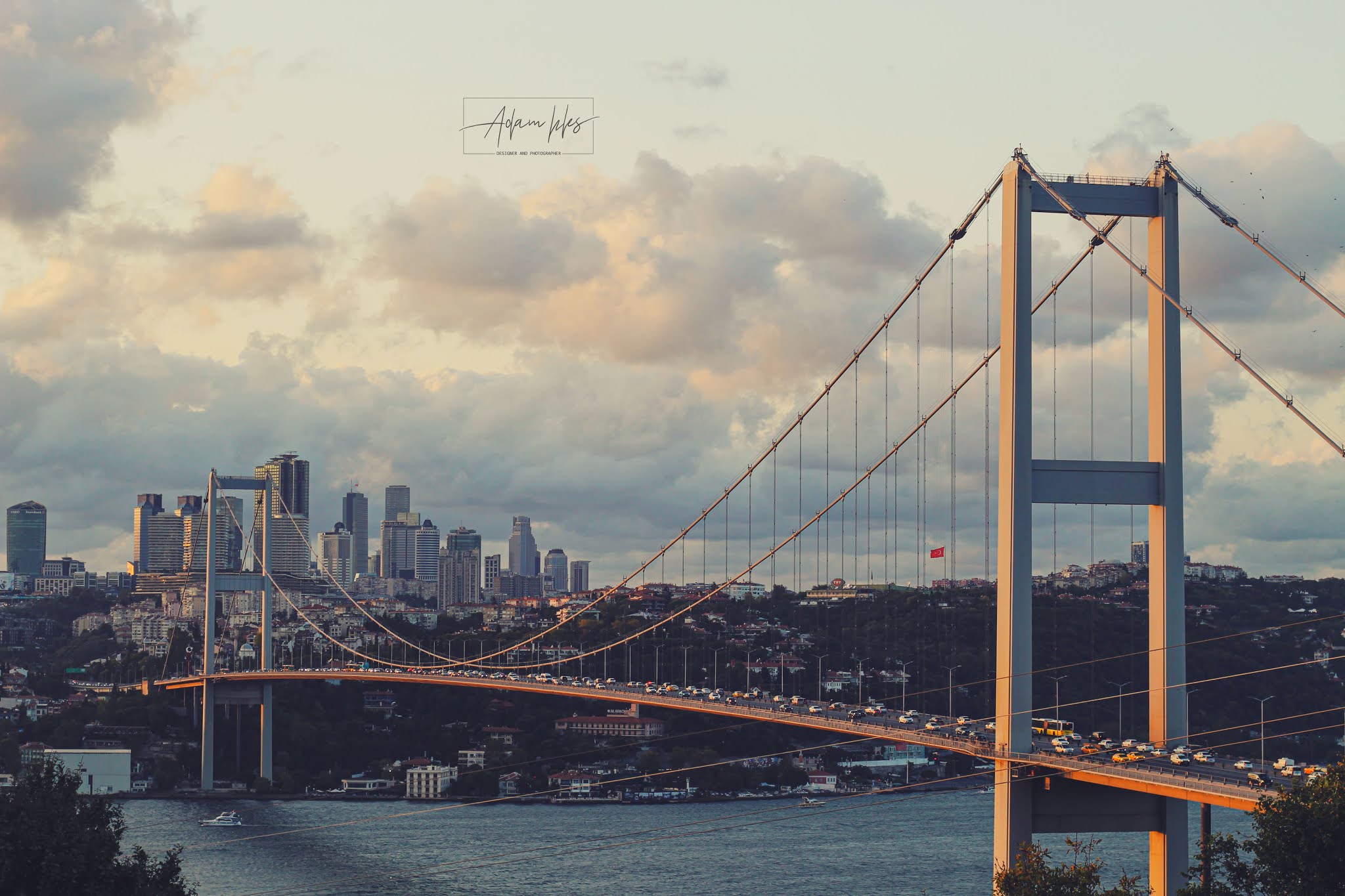 Information about the bridge

The Bosphorus Bridge, officially known as the July 15 Martyrs Bridge, and unofficially as the First Bridge, is one of the three suspension bridges that span the Bosphorus in Istanbul, Turkey, and thus connects Europe with Asia. The bridge extends between Ortakoy and Beylerbeyi. The suspension bridge is supported by gravity on steel pylons and sloping piers.

The suspension bridge is supported by gravity on steel pylons and sloping piers. The bridge's aerodynamic floor is suspended on steel cables. The bridge is 1,560 meters (5,118 feet) long and 33.40 meters (110 feet) wide. The distance between the towers (the main sea) is 1,074 m (3,524 ft), and the total height of the towers is 165 m (541 ft). The height of the bridge from sea level is 64 m (210 ft).
Prime Minister Adnan Menderes took the decision to build a bridge across the Bosphorus in 1957. A contract was signed with the British company Freeman Fox and its partners in 1968 to complete the structural engineering work. The bridge was designed by British civil engineers Gilbert Roberts, William Brown and Michael Parsons, and they also designed the Humber Bridge, Severn Bridge and Fourth Road Bridge. Construction began in February 1970 and the celebrations were attended by President Goda Sunai and Prime Minister Suleyman Demirel. The bridge was built by Inca Construction and Industry and its Turkish partners. As well as the partner contractors Cleveland Bridges & Engineering Corporation (England) and Hochief AG (Germany). 35 engineers and 400 men worked on the project.
The construction of the bridge was completed on October 30, 1973, one day after the fiftieth anniversary of the founding of the Turkish Republic, and was inaugurated by President Fakhri Koruturk and Prime Minister Naim Talu. The cost of the bridge was $ 200 million ($ 1.13 billion according to the dollar price in 2018).
Much was made upon the opening of the bridge as the first to link Europe and Asia since the Xerxes Pontoon Bridge in 480 BC. However, this bridge extended across the Hellespot (the Dardanelles), at a close distance from the Bosphorus, and is considered the second bridge built by Emperor Darius I the Great across the Bosphorus in 513 BC, after the aforementioned bridge.
Post a Comment
Share
Labels#background, #photographic, #Turkey
Newer
Older