Funny picture of Jason Derulo as a child

picture of Jason Derulo as a child

picture of Jason Derulo as a child 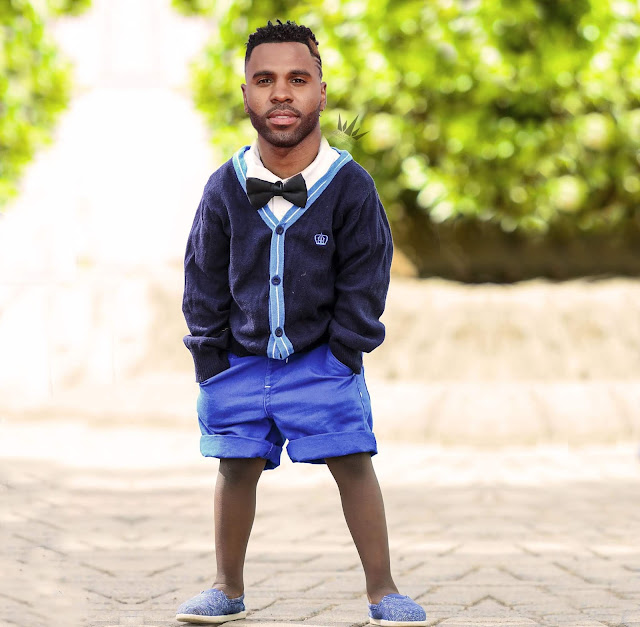 Numbers don’t lie, and the facts remain that singer, songwriter, and dancer Jason Derulo’s success ranks up there with some of the best-selling, radio-dominating pop and urban artists of the day. In the five years since he ascended from his beginnings writing songs for Lil Wayne, Pitbull, Diddy, Sean Kingston, and others, Derulo has sold over 50 million singles worldwide and racked up over two billion views on YouTube and 1 billion plays on Spotify, thanks to his uncanny ability to find new angles to tried-and-true trends. This has led to 11 career-defining platinum singles, including “Want to Want Me,” “Whatcha Say,” "In My Head," "Ridin' Solo," "Don't Wanna Go Home" and "It Girl.” His radio audience is over 17 billion (with 11 of his songs reaching the Top 10 on the Top 40 charts include four #1’s) and he boasts over 20 million social media fans and followers.

Derulo’s 2014 album, Talk Dirty, spawned five platinum singles that sold a collective 16 million units worldwide including: “The Other Side,” “Talk Dirty” (feat. 2 Chainz), “Marry Me,” “Wiggle” (feat. Snoop Dogg), and “Trumpets” — propelling Derulo into an elite cadre of artists, including Drake, Katy Perry, Bruno Mars, Rihanna, Beyoncé, and Taylor Swift, who have scored five platinum singles from one album. The track “Talk Dirty” itself sold over six million singles worldwide and became a No. 1 around the world, while dominating radio charts in the U.S. in 2014.

In addition, Derulo has sealed his reputation as a global chart-topping star. He was a five-time winner at the BMI Pop Awards, and was honored as its “Songwriter of the Year” in 2011. Derulo has also won three Teen Choice Awards and earned an array of international award nominations including MTV Video Music, MTV Europe Music, Billboard Latin Music, ARIA Music, American Music, NAACP Image and MOBO Awards. Most recently, he was nominated for an iHeart Radio Music Award for “Best Collaboration” with 2 Chainz for “Talk Dirty.”

Derulo shows no sign of slowing down. In June 2015, he released his fourth studio album Everything is 4 (Warner Records) that merges his pop, dance, and urban sensibilities and finds him truly hitting his stride as a genre-defying artist. The album's first single, now platinum, is the sunny, ’80s-friendly pop tune “Want To Want Me,” which was produced by Grammy-nominated producer Ian Kirkpatrick and written by Kirkpatrick, Sam Martin, Lindy Robbins, Mitch Allan, and Derulo himself. “Want To Want Me” sets another milestone for the Miami-born singer, becoming the most added track in the history of Top 40 radio, besting the records of pop royalty such as Rihanna, Taylor Swift, Madonna and Katy Perry.

Shattering the previous record held by Justin Timberlake at 126, “Want To Want Me” was added to 156 monitored pop stations, making it the biggest Top 40 US radio launch ever.
Funny