photographic Turkey beautiful mosque with the flag of Turkey

beautiful mosque with the flag of Turkey

beautiful mosque with the flag of Turkey 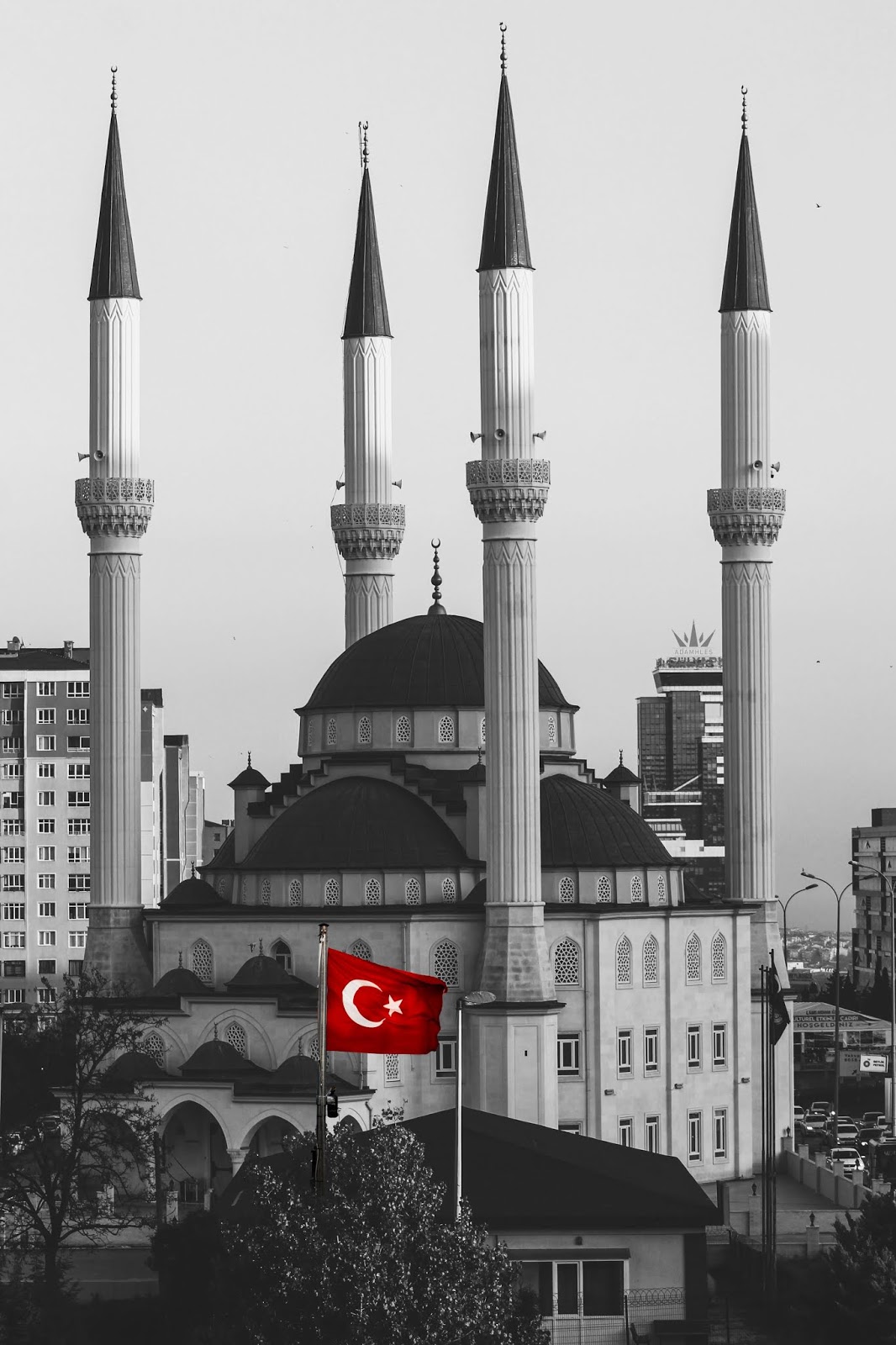 Geographically, the Republic of Turkey is a bridge between Europe and Asia. Due to its location, surrounded by sea on three sides, Turkey has always been the center of great trade, silk and spice routes. Today, even in the most inaccessible or isolated corners, one can easily feel and see the traces of different cultures.

The Republic was founded by Mustafa Kemal Atatürk in 1923 which marked the end of the long reign of the Ottoman Empire. Since then, Turkey has developed into a modern, democratic state, but at the same time, careful measures ensured that culture and traditions continue to live and evolve. Turkey is currently a candidate for membership of the European Union.

Turkey is a country of diverse cultures, beliefs, ideas, nature and history. This diversity is reflected in the landscape which is the life support and habitat for 70 million people. The Turkish landscape encompasses a vast variety of geographical zones. This landscape has the combined characteristics of three continents of the world: Europe, Africa and Asia. Between 2000 B.C. and A.D.1500, Anatolia was the center of world civilization manifested in the ruins and monuments which adorn today’s landscape. Turkey is also known for an abundance and diversity of handicrafts, cuisine, music, customs and traditions due to its rich flora, fauna and regional differentiation as well as its imperial legacy.

Turkey’s focal points are its three largest cities: İstanbul, Ankara and İzmir which have become major urban centers by their historical heritage as well as modern design. Mythology and history are intermingled in Antalya on the Mediterranean coast, together with its beautiful beaches and seaside resorts. Myra (now called Demre), near Antalya, is where St. Nicholas is buried. “Cappadocia,” named during the Roman Empire, was a well-known religious center during the Byzantine Empire. Even today cave dwellings in rock cones and village houses of volcanic tuff merge harmoniously into the landscape. The Black Sea region is renowned for its mountainous green landscape. The 14th-century “Sumela Monastery” (Virgin Mary) is perched on a cliff-face 270 meters above a deep gorge. Nemrut Mountain in Adıyaman is where the tomb of King Antiokhos I was built two thousand years ago, surrounded by huge stoneheads of gods. In the east, Mount Ararat, where Noah’s ark is believed to be buried, rises to a height of 5,165 meters. On the ancient Silk Road, near Kars, lie the ruins of the medieval city Ani.

These are just a few of the characteristics and excitements of Turkey. In general, Turkey fascinates, astonishes and informs. Perhaps the most thrilling aspect of visiting Turkey is to become an active participant in this landscape.
photographic , Turkey