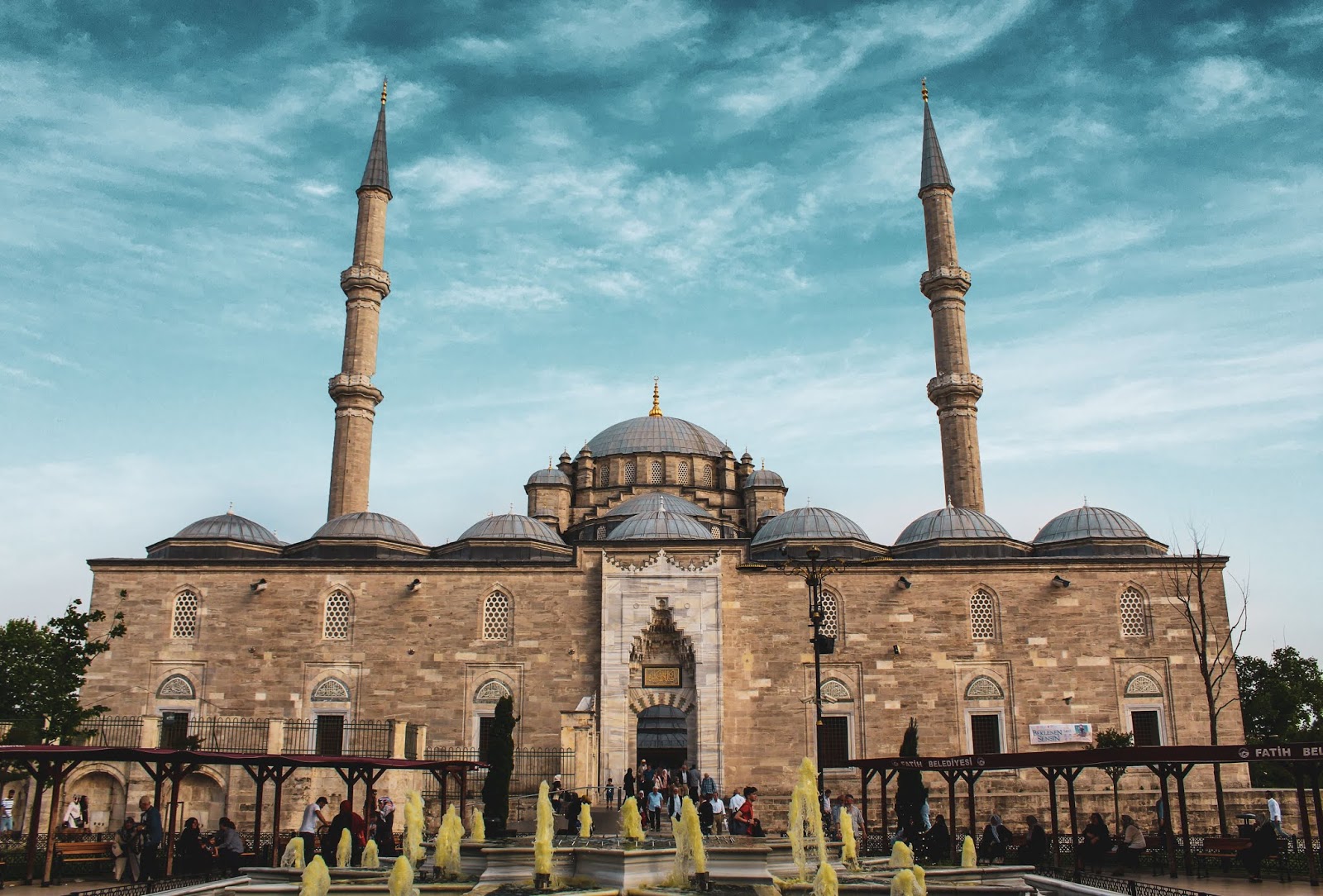 Fatih Mosque
Located in the middle of the historical peninsula of Istanbul in Fatih neighborhood, the Fatih Mosque (Fatih Camii) is the mosque of Fatih Mosque Complex (Fatih Külliyesi) commissioned in 1463, ten years after the request of Constantinople by the Ottomans in 1453. The construction of the mosque lasted seven years and was finished in 1470. It was the Ottoman Sultan Mehmet II (Mehmet the Conqueror) who commissioned the mosque, therefore his name was given to the mosque as well as neighborhood. In Turkish, Fatih means "the conqueror".

Fatih Mosque Complex used to contain several other structures including madrasas (religious high schools), dormitory for students, hospice, library, hospital, market, hamam, and tombs; unfortunately only madrasas, library, hospice, and tombs are surviving today. Other structures were destroyed as a result of the fires, earthquakes, and road construction took place in 1950s.
photographic