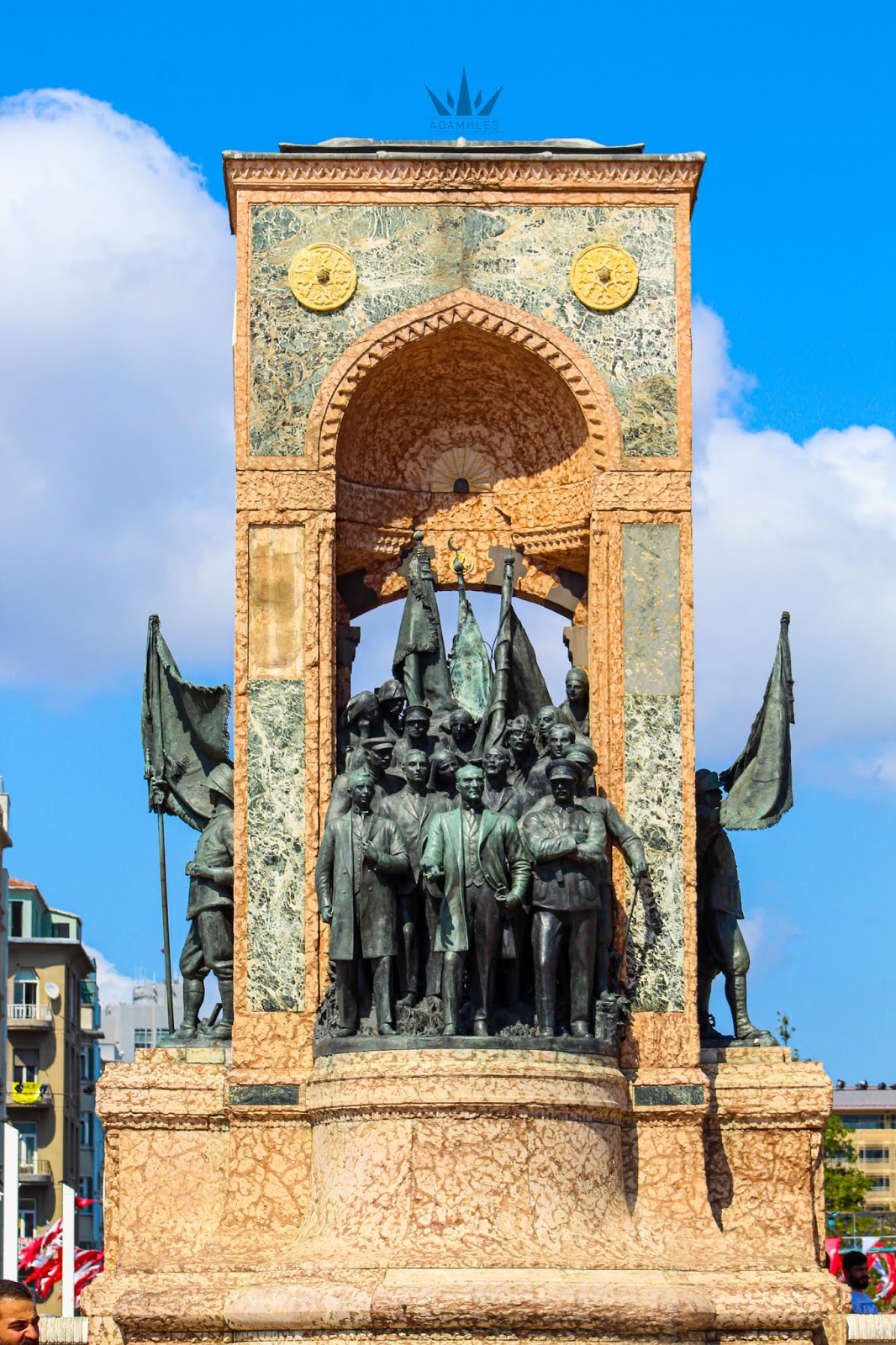 Taksim Square is the most important modern center of Istanbul, with a huge number of Hotels, restaurants and cafes are always crowded with tourists Or the locals. This makes it one of the destinations to be visited on Heading to Istanbul, where you can easily walk around on foot And spend quality time, here is the most important information about Taksim Square in Turkey.

Taksim Square, Turkey, is the main square of Istanbul's new neighborhoods, and it is located at the eastern end of the busy shopping street which is known as Istiklal Caddesi, which is famous for having the old train station, which runs through Istiklal Street. That train line ends at the tunnel, which leads to the second oldest subway station in Europe and was established in 1875.

The field was called this Arabic name, which means fragmentation, because it divided the city into two parts in the era of Sultan Mehmed I in 1732, where he established a water channel that reached this field and caused Istanbul to be divided into two parts. The founding stones of that channel are still present, and you find it in the southern side of the square.

Fame of the field

Taksim Square, Turkey, is famous for a memorial known as the Independence Monument, and it was established in the place in 1928, in honor of the heroes who contributed to the liberation of the country, led by Ataturk.

The square is full of restaurants, cafes, travel agencies, and bars, as well as a number of the most luxurious hotels in Istanbul such as the InterContinental and the Ritz-Carlton.
There are many public celebrations and events such as concerts, folk rallies, New Year celebrations, and other social activities.

The field contains a public bus station, as well as a major subway station, which makes it easy to reach and transfer from all parts of Istanbul.

You can start your tour by going to the statue of Ataturk and its soldiers who commemorate independence, then take a tour of the old tram to enjoy the beauty of the place, and end your day with a meal or a delicious drink inside one of the cafes and restaurants that fill the place.
photographic